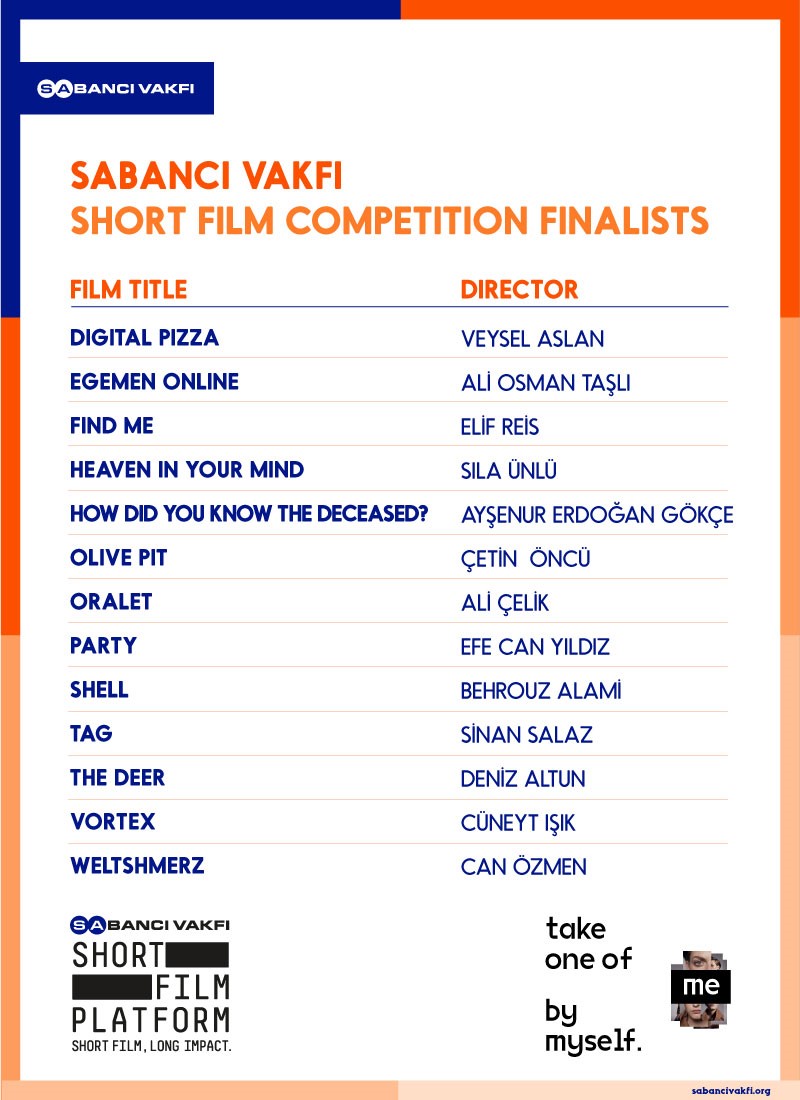 Short films are the first examples in the history of cinema...

They have played a significant role in the development of the cinema, in the emergence of various genres, and in the discovery of new talents.

Short films are the name given to more personal and free works with a brief account expressed in a fluent and impressive language, a plot that revolves around one theme, and a limited use of characters.

As a field of experimental cinema where new perspectives, different shooting techniques, striking sound recording forms and impressive acting styles are tested, short films have been the tool of artists who are sensitive especially to social issues and who intend to draw attention to these issues.

Social issues are expressed through the power of art

Supporting a great number of projects with the understanding that social development is possible through unleashing individuals’ potentials and sharing inspiring stories with society, Sabanci Foundation initiated another long-lasting culture-art project in 2016.

The Foundation organized a Short Film Competition called "Short Film, Long Impact" in order to use the power of art that is a vital and effective instrument in raising awareness in social issues.

The competition attracted great interest, with its themes “Refugee Women” for the first year, “Child Labor” for the second year and "Discrimination" for the third year. The theme of the competition for 2019 is “Digital Loneliness”.

The aim of the Sabanci Foundation Short Film Competition is to raise awareness about social issues by using the creative perspective of the cinema and its power of influence.